You are here: Home / Geography / What is the longest tunnel in the world?

The world’s longest and deepest rail tunnel in the world is under the Alps in Switzerland, and is known as the Gotthard Rail Tunnel. It was officially opened in 2016, after almost two decades of construction work. 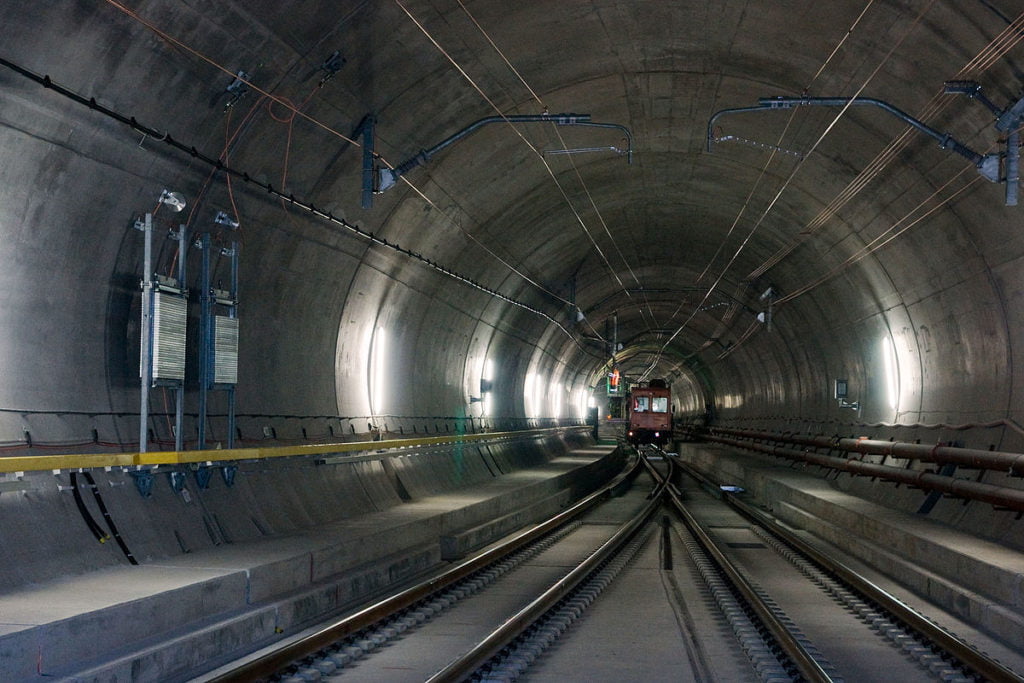 The 57km (35-mile) twin-bore Gotthard base tunnel provides a high-speed rail link under the Swiss Alps between northern and southern Europe, with trains reaching speeds of between 62mph and 124mph when passing through the tunnel.

Switzerland says it revolutionises European freight transport and the very first full freight service began it’s rail journey on 11 December 2016. Goods which previously were carried by road by over a million lorries a year, will now go by train instead.

The tunnel has overtaken Japan’s 53.9km Seikan rail tunnel as the longest in the world and pushed the 50.5km Channel Tunnel linking the UK and France into third place in the longest tunnel stakes!